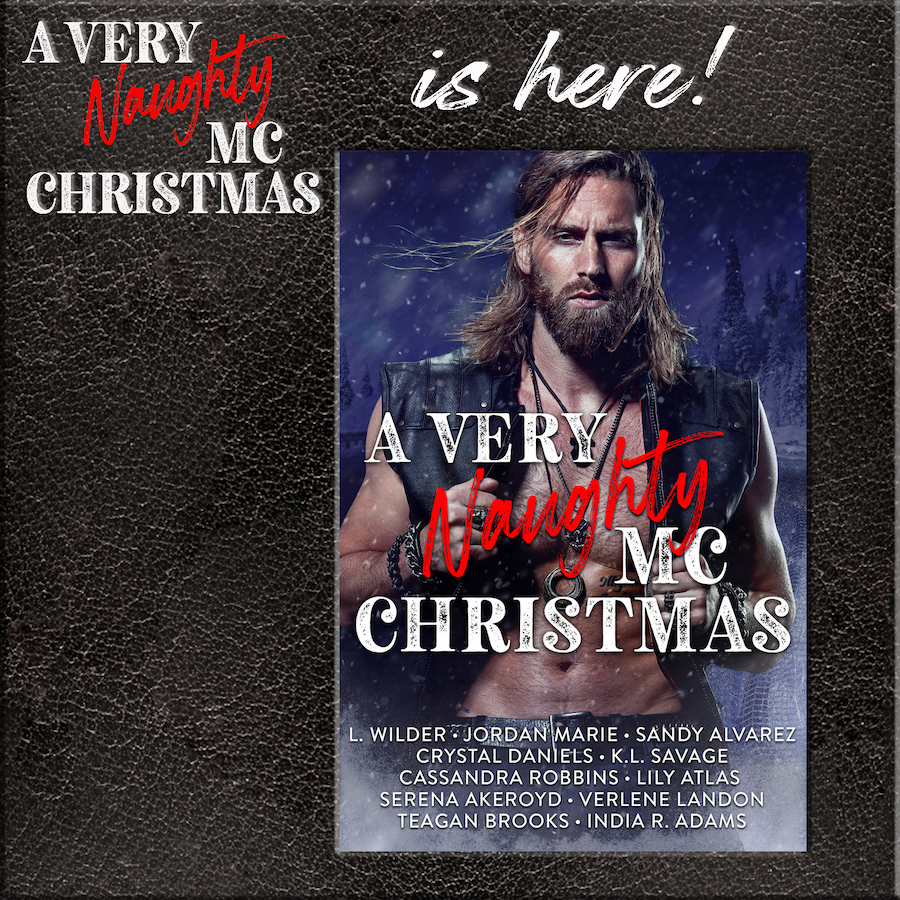 Go check it out, but first stick around and get a peek at chapter 1 of TRIP.

Normally, Trip would spend the holidays with his Phantom brothers and a lovely lady or two. Instead, he navigated snow on his sled, freezing his balls off in Tahoe. Why? Because his prez hammered home the importance of family.

The club was all the family Trip needed, but when Granite gave an order, they obeyed it.

Not that he didn’t want to spend time with his sister and the twins; he did. It was just seeing Meri at Christmas brought up some shit—someone—better left in the past.

He could see the family cabin from the road. Multicolored twinkling lights taunted him through the fat snowflakes that were coming down harder and harder. It wasn’t the weather causing his anxiety to skyrocket, though.

It was thoughts of her. They caused a physical ache in his chest. One he tried to rub away. Stupid move to take a hand off the bar on snow and gravel. He lost control, but he was riding up the driveway at a snail’s pace when he laid it down. There was minimal damage to the bike. Him, not so much. It was his instinct to protect his baby that dislocated his shoulder.

Fighting through the pain, he walked it to the side of the cabin under the carport. With minimal light sources that were steady and not twinkling, it was impossible to inspect any damage. He knew there would be scratches. He just didn’t know how bad.

“Fuck it. It’ll look the same tomorrow as it does now.” His arm was a different story. The shoulder was throbbing. Meri could put her nursing skills to work and help him pop it back in tomorrow when she arrived. For tonight, he planned on getting so drunk memories wouldn’t faze him and pain couldn’t touch him.

Grabbing the bag strapped to the bitch bar, he headed inside. Meri had come up earlier and outdid herself. The tree was enormous, and the entire interior looked like Kris Kringle threw up. Her kids, nine now, would love it. His sister was a great mom. She had to be since the jackass who knocked her up took off.

The same man who crushed his fairy tale love story ten years ago also ruined his sister’s life. Hell, that fucker hit a trifecta of dick moves. Talk about strained holidays, but Granite was right. Family is everything, and not just his club brothers. Meri and the twins were all he had left of blood.

That didn’t mean being sober and in emotional and physical pain was called for. Trip made it to the couch before he dropped from exhaustion. However, that wouldn’t be enough to keep the ghosts of Christmas past at bay. Johnny Walker would do that.

Two healthy swigs in and his eyes wandered to the framed photo on the coffee table. Setting the bottle down, he picked up the picture with the arm that wasn’t throbbing. The ache in his chest returned with a vengeance. Deep and excruciating.

It was the four of them right before his world went to shit. That was the last time he’d visited the cabin or even truly celebrated Christmas. Smashing the frame on the table, he wrenched the picture free. Folding it over, so himself, Meri, and fucking Jake weren’t visible, only Jessika.

Three days later he was off to boot camp, leaving behind the woman he’d been minutes away from proposing to when she’d cheated on him… with his sister’s boyfriend.

God, if only his sister knew the truth, she wouldn’t have that picture on the table or even in the fucking cabin. She would’ve burned it. Instead of telling his sister that her boyfriend was a cheating piece of shit, he held back his pain and congratulated her on her pregnancy announcement later that same day.

In the years that followed, Trip saw no reason to cause her or the twins any undo pain. Jake was long gone, bolted before the kids were even born, and Jessika was still her best friend. Who was he to impart details to destroy shit? Meri knew something bad happened between them, but not what. Crissy and James never knew their father, for good or bad, and that was enough for nine-year-olds to deal with.

Tossing all the pictures aside, he snagged the bottle again, put his feet up and proceeded to drink himself into a stupor.

Somewhere in a passed-out, drunken haze, he heard his phone ding. The blinding light that scarred his retinas told him it was daytime already.

Grabbing it off the table, he squinted at the screen.

Trip was both relieved and annoyed. Relieved to have some time alone but annoyed to have company soon. Company he didn’t know. Who the hell was JJ, a new boyfriend Meri forgot to tell him about?

Forgot my ass. “She never tells me anything anymore, not since I ran off every fucker who got near her since Jake.” Trip may not be the most regular presence in her life, but as soon as he found out she was seeing someone, he always made an appearance. Usually with a brother or two at his back.

Threats weren’t needed. Most of those pussies ran off at the sight of a couple of Phantoms staring him down. JJ would be no different.

He’ll be history in no time, too. Easy peasy, nice and sleazy.

At least JJ could help with his shoulder before he ran his sorry ass off. Once it was back in place, he’d be able to ride home a day or two after, with minimal pain.

He sat up and scrubbed a hand down his face and winced at the tiny cuts plaguing him. How the hell… oh, his eyes drifted to the bits of glass on the table. He snagged the picture again and stared into the brandy-colored eyes of the woman he hated that he still loved. Her smile was blinding, and rich chocolate curls framed her perfect, heart-shaped face. The longer he stared at the picture, the more details he noticed, like a snowflake stuck to her right eyelash. He caressed the image with his finger as if he could thumb it from her eye.

Being alone here at Christmastime would destroy him. At least drinking was still a great option to occupy his time. Not only had he brought his own, but it also looked like his sister had stocked the cabin just for him.

After he cleaned up the broken glass, he folded and tucked the picture into his wallet. He settled his gear into the first of the smaller rooms before heading to the attached bathroom for a shower. It wasn’t like he could get too clean with one arm. So pretty much he stood with his back to the water, drinking and smoking.

After he was semi-clean, drunk, and stoned, he wrapped a towel around his waist and settled in on the couch. He planned to binge-watch some series on Netflix until the combination of alcohol and pot made him forget.

Easier said than done. Everything reminded him of the last Christmas he’d spent there. The smell, the sights. Hell, even the damn show on TV made him think of her and the pain that followed her silence.

Everything changed that year, for all of them. The sad part was he seemed to be the only one holding on to it. He cursed out loud at how it had affected his life. A string of women who all melted together. No face stood out. No encounter memorable. It was years of meaningless sex and pretense. Trip was fucking tired. Tired of living with one foot in the past. Tired of pretending he was happy and didn’t want to settle down like some of his brothers.

Tired of tripping and landing dick first into pussy he had no business being in, as his brothers described.

He was just plain tired. 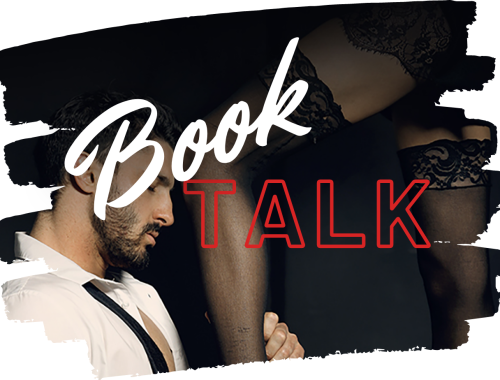 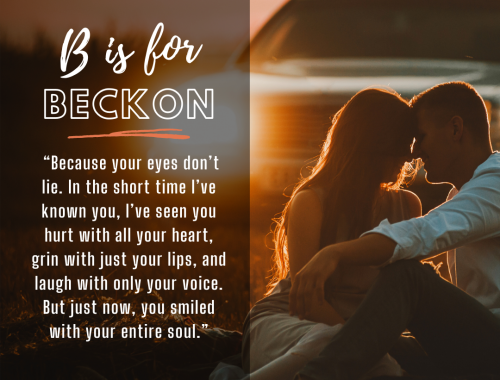 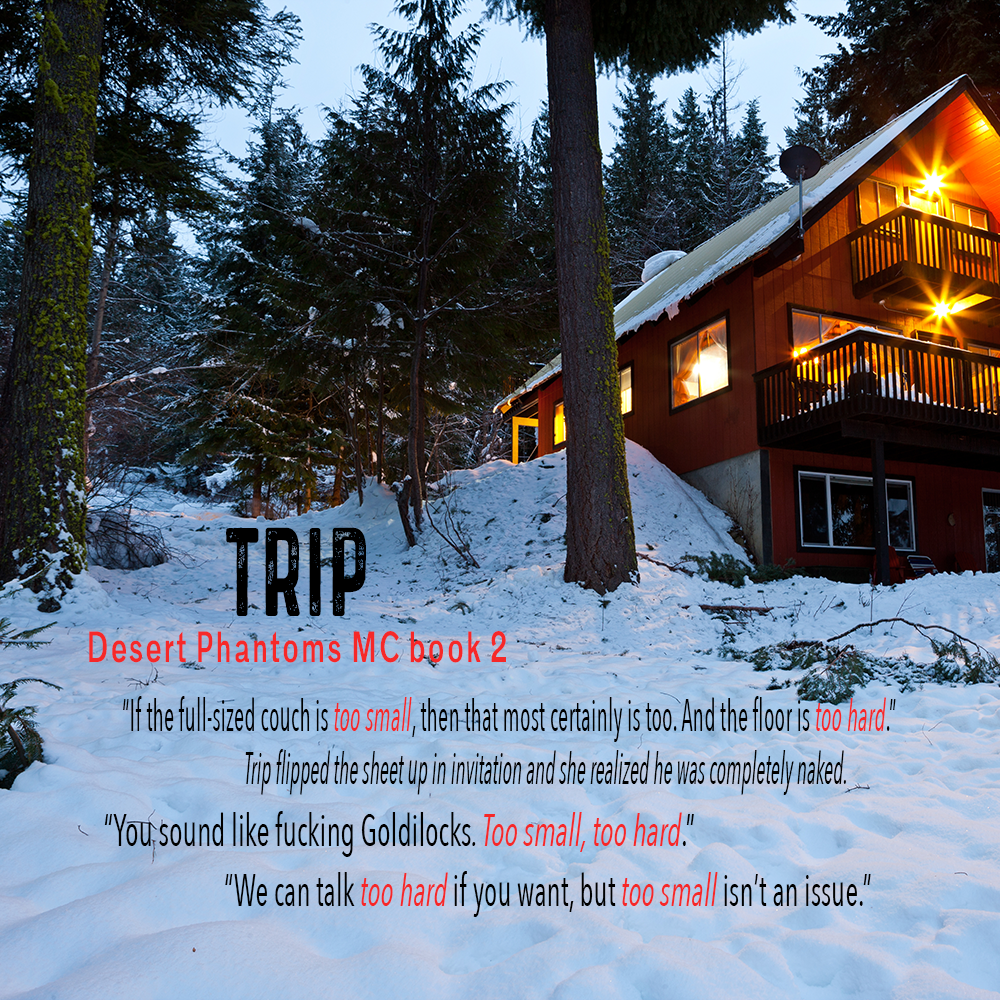